This ceremony aims to officiate a traditional house (Ka Sa’o), whose process involves the entire community. The ceremony begins with a discussion between the house owner and family members, continued with their clan, and then the entire kampong inhabitants.  The process then moves on to establish Ka Sa’o organizers to discuss the various aspects of Ka Sa’o: the feast, appeal for the ancestors’ instructions, dividing work, preparing a list of requirements and the necessary budget.

The process includes an appeal for the ancestors’ instructions to determine who among the family in the traditional house takes on what role, such as…
more 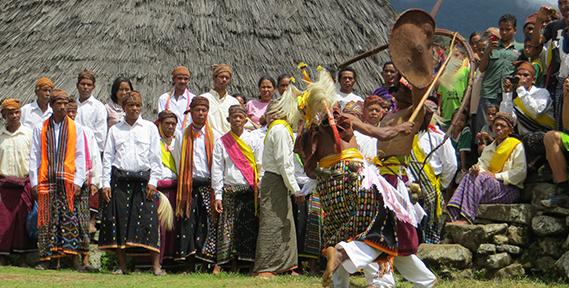 Penti is a Manggarai ritual to celebrate the harvest and the journey in life in the past year. The ceremony is conducted after the harvest is taken to the village as the new planting season approaches. The community will discuss when they will hold the ceremony, considering the time of the harvest. In Waerebo, it is usually conducted during the wulang beko, or the change of season from the dry to the rainy season, allowing the planting season to begin in October to December. The planting season also signifies a new beginning, new lives.

The people in Waerebo live from…
more 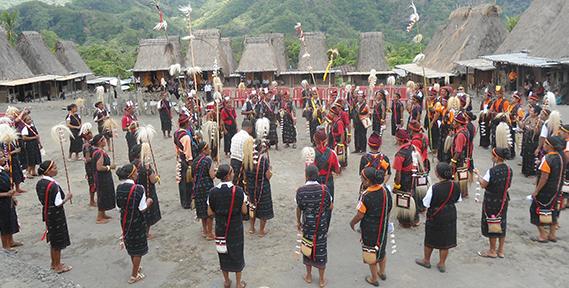 Reba is part of the Ngadha culture and an annual traditional ceremony.This ceremony has several meanings, such as: (i) as the traditional new year's ritual; (ii) as a thanksgiving ceremony for a plentiful harvest; (iii) to honour the ancestors; and (iv) to unite the clan.

The Reba ceremony proceeds in several stages:
•    The Reba Lanu ritual, which is the opening of the ceremony.This takes place outside the village, in each clan’s own cropland.The reba lanu is conducted to honour the ancestors of each clan, who had bequeathed the traditional rules and land to successive generations.
•    The…
more